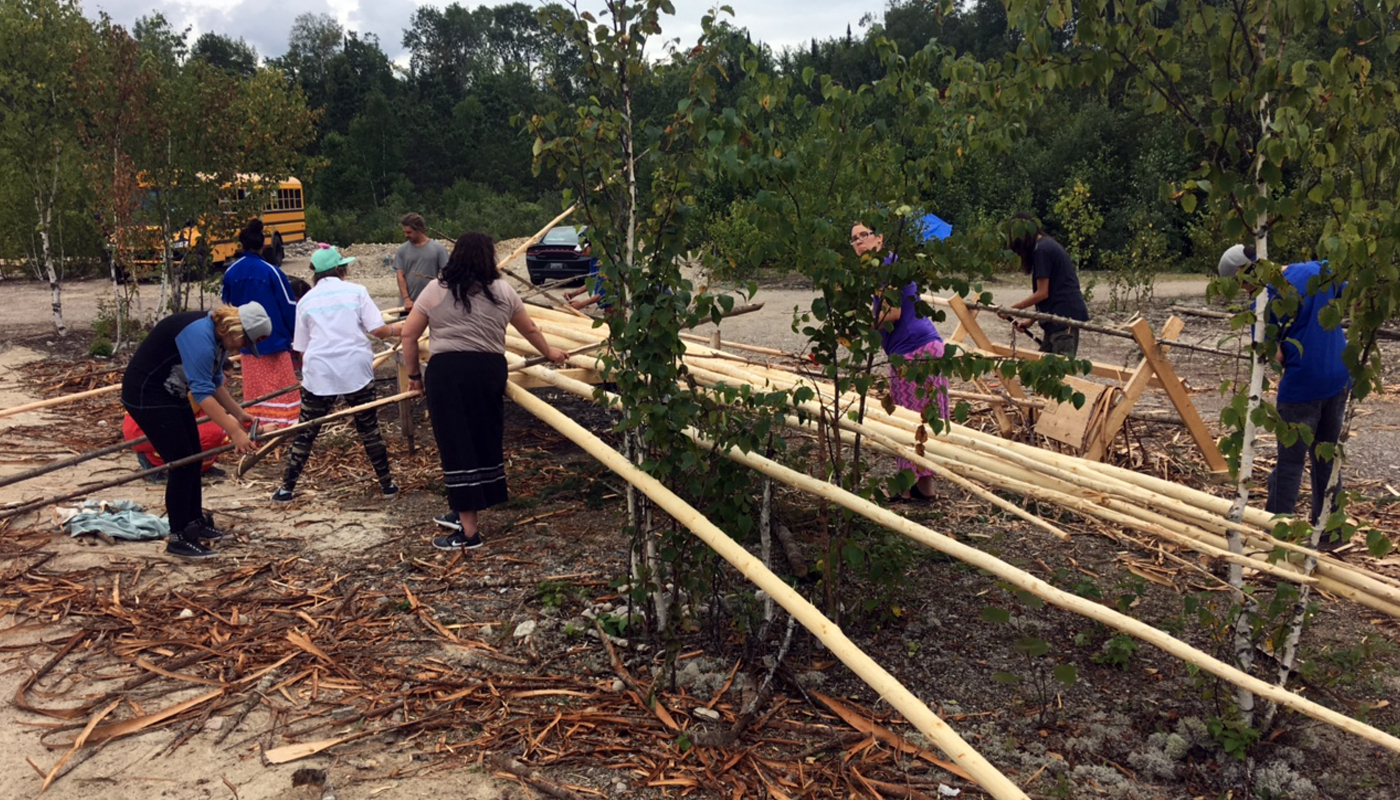 The vision for Nimkii Aazhibikong began long ago with the visions of the Anishinaabeg Elders along the North Shore and Manitoulin Island region who believed that one day their people would return to the land.

We are a small “language community” of like minded Indigenous individuals who carry the common goal of Anishinaabemowin language revitalization combined with land based practices and the arts. We came together to start to build a year round language camp that was based on traditional Anishinaabeg knowledge and sustainable living practices.  Because “camp” doesn’t quite describe what we are doing accurately, we like to refer to what we are doing as building a growing language community.

We believe our languages are key to helping the environment because the values, beliefs and the traditional knowledge of how to live in balance with Mother Earth is contained within our language.

Nimkii Aazhibikong is youth-led, elder directed, and community supported. Everything we do is with the future generations in mind, with respect for the land and waters, and guided by our traditional ceremonial practices.